2012. The depths of the Irish recession hit the border areas hardest, and none knew it better than the young people.

“What a place now to begin,” was being hummed somewhere in the fray.

4 teenagers from Monaghan town knew the outlook when they started Lowlight Gathering.

Percussionist Michael McKenna describes it: “Our town is a quiet place and the recession took a big toll on it. I was just starting college when I joined the band and, for me, it was just something to do; it kept us busy when everything seemed a bit stale. It was an outlet for me.”

But there is no split identity syndrome on their first EP, ‘Young Hearts’. 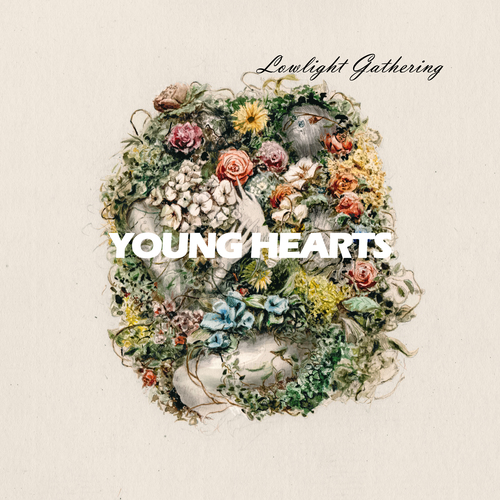 Shane Murphy and Danny Mahoney on Keyboard and Electric guitar respectively added another dimension; the band evolved. Some young bands risk sounding cumbersome with this much input: not Lowlight Gathering; 10 seconds of ‘Delicate’ mesmerises you.

But that’s nothing compared to the chorus; catchy, anthemic and life affirming.

Their beautiful harmonies bring out Charlie’s voice so seamlessly, but this doesn’t just happen. Michael jokingly calls it “4-part harmony madness”, but it’s nothing you could just pick up in a Harvey Norman sale.

“…when I joined the band with the original members I never sang at all. We gigged extensively and did well for ourselves.

“However, I’m a sucker for experimenting and trying new things so I slowly started to learn how to sing in 2013. Myself and Daniel Donnelly worked together and developed harmonies to add depth and texture to Charlie’s vocals.
“And now our newest member Danny Mahoney added in his own harmonies as well.”

This is even clearer in the opening salvos of Walk Away, a hymn that harks of Little Green Cars and Band of Horses with well worked harmonies and thoughtful instrumentation.

Too many young bands die because everyone is vying for the limelight, but Lowlight Gathering seems to be the perfect name. Their work indicates a mutual respect and a rapport for each other that is too often missing in bands.

This, coupled with hard work saw them support big-name acts like The Hothouse Flowers, The Riptide Movement, Red Empire and Ryan Sheridan.

‘Young Hearts’ is the EP’s title track and, possibly, the key to their success, with yearning lyrics and an arrangement similar to OneRepublic’s.

“I remember sitting in your room making plans to run away,” their ambition is palpable. But of course, lead singer and lyricist Charlie takes a more diplomatic approach.

“I could have written lyrics about a certain thing or place but when someone else hears it, they see their own reality; past, present or place in the songs.”

But what does it make you feel? That someone needs to sign these guys.

Lowlight Gathering’s debut EP ‘Young Hearts’ is available to stream on Spotify, and physical copies will soon be produced. 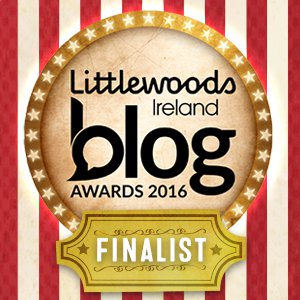