John Flansburgh is the guitarist for legendary American band ‘They Might Be Giants’. He spoke to me about what he’s learned in his time on the road, his own musical taste, the band’s Dial-a-song innovation, and how it affected their latest album ‘Glean’.

“We recorded all the music on the Daily Show with Jon Stewart for over a decade but because their credit scroll runs at the speed of light I don’t think anyone besides the people reading this know it.”

You’ve been together a long time, 33 years as you well know, you’ve seen a lot of changes in the music industry – can you tell me about the ‘Dial-A-Song’ thing you did in the 80s?

JF: In the very earliest days of phone machines back when phone machines were a fad confined to New York City, we had this idea to simply use my apartment’s phone line as a platform to play our recordings. You call the line and hear a song. We swapped out a new track every day, but I don’t think we ever had more than two dozen in rotation, so it was never really a new song every day. But we would rotate in new tracks so the illusion of freshness was pretty real. And then the idea took off in downtown New York and we were introduced to that music scene and that was really the beginning of our career.

As well as that you were one of the first bands to have an online store, and you took advantage of the ‘cd shuffler’ before anyone else – was/is important to get your music out there in a different way?

JF: I wouldn’t say it was important, but I think it is fun to take advantage of emerging ideas and those are fine examples. With Dial-A-Song both then and currently, it is simply an open challenge for us to write more, and it is also a different way for people to experience the band. The shuffle play thing complimented a specific aspect to Apollo 18’s miniature songs—by putting it on shuffle it created a collage effect which added to the album experience.

Glean, your latest album, is sort of a tribute to the dial-a-song days, would I be right in saying that?

JF: It is a collection of songs we just recorded for the current Dial-A-Song project (where we are posting a new song and video every week in 2015 at dialasong.com). It’s a tribute to right now! We will be putting out more albums this year as well. It’s going to be a big year for us.

Would you see the album as more of a collection of singles then or as a single entity?

JF: That is an interesting question. Sonically, by our standards, it is a very cohesive album. It’s all the same players and was all made during a concentrated period of time. But because the first thing any one of the songs has to do is stand on its own on Dial-A-Song, I think there is a boldness to all the tracks that we might not have gotten out of them if we were simply recording them as “album tracks.” I am reminded about Nick Lowe’s early career before Jesus of Cool where he said he wanted to make an album of singles (which seemed like a great idea) or the Buzzcock’s Singles Going Steady which really was that. I can’t think of albums any better than those.

Just how hard is it to get together a brand new sound in just a week? Is that not exhausting?

JF: We drink a lot of coffee. I would say that for most Dial-A-Song tracks it actually takes more than a week, and with the accompanying videos there is a whole extra layer of creative work that goes into it, but there are two of us actively writing and we like what we do. I’ve parked cars for a living and I can tell you it is better than parking cars.

We actually started working last summer on these songs and haven’t really let up since. I have dreams of doing quick simple recordings of songs we just kind of bash out, but so far that hasn’t been in the mix!

Glean displays a major amount of versatility on your part – Who would your main influences have been to round yourself off so well like that?

JF: That is a kind thing to say. Would it be ridiculous to say The Beatles? Because we started as a duo, we got very accustomed to our recordings not having set instrumentation, and since the possibility of bringing in different sounds is always there, that kind of range tends to bring you back to a more pop, 60’s kind of mind-set. 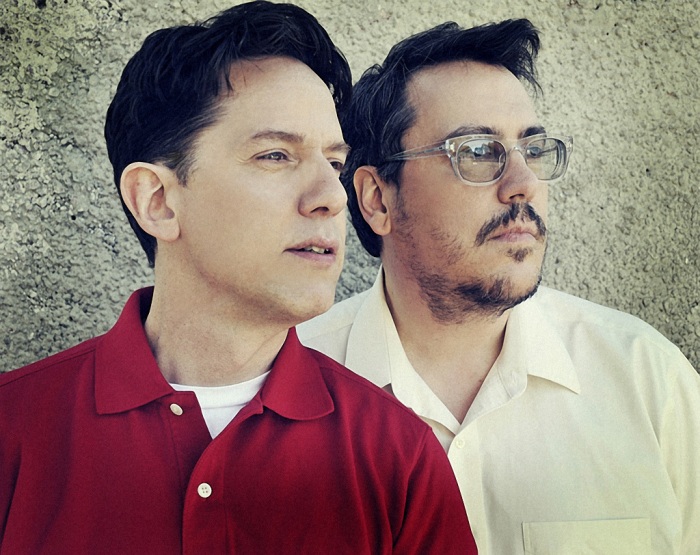 Have you found it easy keeping your fan base through the last 3 decades? Do you find many, say late teen, early 20ish people at your gigs?

JF: It’s a pretty healthy mix, and they are wonderfully self-refreshing. New people discover the band all the time, and once they find us they start coming out. There aren’t many people our age but we are totally old.

Do you take inspiration from people who’ve emerged after you? Is it strange when you do?

JF: I am a very avid and active music listener and am discovering things new and old all the time, but it is hard to say what actually crosses over and influences me. Sometimes it seems like there is an inverse relationship to what comes easily to somebody and what impresses you. I love improvisors and experimental music but I don’t feel confident we have much to offer in those departments—I don’t know if we could hold people’s interest working outside of song structures.

From the very beginning we’ve worked with tape loops, drum machines and samplers, and then digital audio. And because we’re New Yorkers our exposure to hip hop is pretty much constant. I think that informs the way we think about the electronic side of what we do—just approaching arranging rhythms without reproducing a trap kit or a traditional percussion set up. There is a tremendous amount of invention in some hip hop production, and a half-hour car ride listening to Hot 97 can spark a lot of ideas.

You’ve been successful with regards to getting television play, like on a few major cartoons, and of course, crafting that iconic Malcolm in the Middle theme tune as well as all the music subsequently; what sort of impact had that in your career?

JF: Well, to be candid it’s lucrative and it’s often faceless, so it’s great and it’s odd. We recorded all the music on the Daily Show with Jon Stewart for over a decade but because their credit scroll runs at the speed of light I don’t think anyone besides the people reading this know it, but the show plays all over the world and that does add up. We also did the theme to the Mickey Mouse Club which has a big screen credit so half the moms with a 2 year old are reminded of us every morning, and that is kind of hilarious. And again that show plays worldwide and everyday, so the residuals are pretty easy to get used to.

Was It hard to get those sort of ins?

JF: Almost all of those things really just came through the front door.

We were hired to do some original songs, and then got wrangled into doing some orchestral cues for an ABC science show in the late 90s—kind of John Williams-y stuff. That work was noticed by the producers who were putting together the Daily Show, and we did the orchestral cues for them as well as the guitar and trombone-led rock theme which was written by Bob Mould.

The Malcolm gig was just a demo and about as unlikely as anything. The show’s creator made a cold call to our management before the pilot had even been green lit and we did a quick thing (initially for free) that actually ended up as the final. I never would have guessed it would go as far it did. We got a Grammy for it. It was nuts.

I wish we knew more inside people! Pixar—call us!

They Might Be Giants released their 19th album ‘Glean’ on the 21st of April. You can find my review of them here. If you liked this article and would like to read more, please give it a like, a share and subscribe if you feel compelled enough. Thanks for reading