LAFCADIO Hearn, or rather Koizumi Yakumo has been a household name in Japan for the last century.

And yet, despite being born Irish and raised here for much of his life, his legacy is near unknown in his homeland. 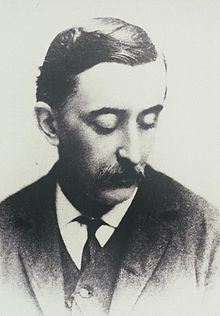 Lafcadio Hearn in 1889 by Frederick Gutekunst

Born in the Greek island of Lefkada, where his name is derived from, his Irish father, a military man overseas, sent him and his mother to his home in Ireland when he was very young.

Lafcadio, like many Irishmen in history didn’t stay put here, and moved to America and further afield.

Photo from lafcadio hearns residence for exhibition as part of the Japanese film festival in the lighthouse cinema in Smithfield until Thursday April 13th. If anyone is in the area please come down and have a look! #japan #japanireland #love #nature #bluesky #sakura #cherryblossom #blossom #interior #garden #trees #festival #travel #naturephotography #ireland #exhibition #lighthousecinema #smithfield #art #matsue #irelandjapan @lighthousecinema

However, unlike other Irishmen who left, he didn’t pine for home constantly – he was a culture vulture.

He didn’t head straight to Japan, he made many stops along the way – and he soaked up much of the world.

Learn the story of how the one-eyed literary legend helped save much of Japan’s traditional culture over a glittering career, sadly forgotten in his homeland.